Harry arrived back in Toronto by train on February 21, 1946 to the Coliseum on the Canadian National Exhibition grounds. Helen and his parents Ida and Harry Sr. sat in Section “C” for Culley as promised and rushed to greet him as soon as they saw him.
The happy couple spent the next few months getting to know each other again,
making up for lost time. Helen continued working at the TTC until she got married, as the policy was that married women had to give up their jobs for the men returning from the war. However, she got a job as a secretary at Aerofilms, a new company that produced movies from the air, using technology developed during the war.

Harry returned to his job in Eaton’s shoe department during the day, and played with the Norm Harris big band at the King Edward hotel in the evenings, where he played clarinet, alto and tenor saxophone, and also learning to play the flute.
On June 5, 1946, with Harry’s good friend Al Smith (“Smitty”) as best man, and Helen’s cousin Georgie as Maid of Honour, they married at Wychwood Presbyterian Church in Toronto. Friend Lynn Sprigg  captured the wedding with her new 16mm movie camera on colour Kodachrome film (possibly one of the first wedding videos!), telegrams arrived from relatives in New York City - everyone rejoiced at the happy ending to this long love story. 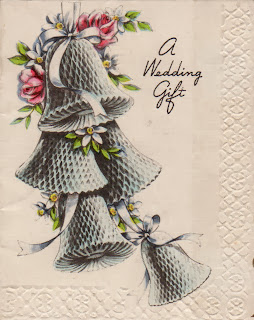 Joanne Culley
Joanne Culley is an award-winning writer and video producer whose work has appeared in the Globe and Mail, on CBC, Bravo and TVOntario. She welcomes any feedback from readers on her blog. She was interviewed on CBC's Ontario Morning on Remembrance Day, 2013, which can be heard at http://podcast.cbc.ca/mp3/podcasts/ontariomorning_20131111_89893.mp3, from about 34:30 - 40:40 minutes in.